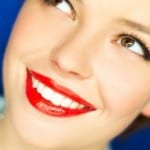 For many years, lots of people have benefited from the straightened teeth offered by braces.  However, although they are extremely effective, braces are not without problems for the wearer.  Firstly, they often need to be worn for as long as three years.  That’s three years with a mouth full of metal that is visible every time you smile! This can be especially troubling for those who find social situations difficult anyway.

The Inman Aligner can straighten teeth just as effectively as traditional braces, but eliminate the two problems identified above. The Inman Aligner works incredibly quickly. With an average treatment time of less than six months, some patients complete the treatment in just six weeks. What’s more, the device is completely removable, which makes it much easier to clean.

This brace is also very discreet. The only visible part is a thin straightening bar running across the front teeth.  The rest of the working parts of the Inman Aligner are out of view.  It works work by using the power of a coiled spring to push teeth against the straightening bar.

This entry was posted on Friday, June 10th, 2016 at 3:22 pm and is filed under Inman Aligner. You can follow any responses to this entry through the RSS 2.0 feed. Both comments and pings are currently closed.