The Link Between Oral Health and General Health Problems 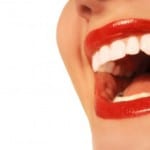 Many people are aware of the damage a poor oral hygiene routine can do to their teeth and gums, but have you ever thought about the link between oral health and general health? Many dentists describe the mouth as a window to the rest of the body and often, problems in the mouth reflect underlying general health conditions. There is also a significant body of evidence to support the notion that oral health issues increase the risk of general health problems.

Numerous studies have established a link between oral and general health and the consensus is that looking after your teeth and gums can really make a difference to your general health. One of the most significant findings of research studies in this area is the potential connection between gum health and general health. Several studies have now established a link between gum disease and an increased risk of heart problems and strokes. Experts believe that harmful bacteria from the mouth can travel around the body via the bloodstream. This can trigger an inflammatory effect, contributing to a heightened risk of strokes and heart attacks.

Studies have also shown that poor oral hygiene can increase the risk of oral cancer and there is evidence to support a link between missing teeth and gum disease and a higher risk of dementia and Alzheimer’s disease. People with gum disease are also more likely to suffer from diabetes.

If you’re eager to enjoy good oral and general health, here are some simple steps to follow:

Oral problems and your general health: City of Leeds dentists explain the links to patients

All the different parts of your body are linked together in innumerable ways, through the blood stream, nervous system and beyond. No part of your body is an island, isolated from the rest of it and a problem in one part of your body can affect others. You should get any health problems treated so it cannot affect the rest of you. This is true of your mouth as much as anywhere else as oral hygiene problems can become concerns for other parts of you beyond just your mouth.
If you have an infection or abscess form in your mouth it can begin to affect other parts of your body, by flowing through the blood stream. It is vital then that you get it dealt with. If a blood clot forms as a result of an abscess in your mouth, it can have major implications for the rest of you.
Apnea is a concern for dentists, particularly sleep apnea, because it is caused by the muscles at the rear of the mouth relaxing during sleep and restricting the flow of oxygen to the lungs. This condition, as well as disrupting sleep in the most inconvenient of fashions, can have a serious impact on the lives of patients. It has been linked to heart failure to and strokes brought on by the hypertension caused by the lack of proper sleep.
All of which serves as a further remind to visit your City of Leeds dentist every six months to have your mouth checked out by a trained professional. With their expert diagnosis and treatment they can ensure that any problems are stamped out before they can affect your general health.